1120ish – First reference to St Margaret, Lee (possibly dedicated at the time of Edward the Confessor for whom St Margaret of Antioch was a favourite; also a favourite of the Crusaders)

1275 – Early church (whose tower still stands in the Old Churchyard) 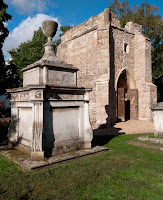 1700’s – Absentee rectors  (many rectors had multiple parishes as it was more entertaining to live in London than in the village of Lee) resulted in the fabric of the Church gradually deteriorating to a dangerous point.

1813 - Instigated the new Church. The architect Joseph Gwilt used the old mediaeval foundations (which had been condemned several years previously) providing the worst possible basis on which to construct a new and much larger church.  Inevitably, the new structure became unstable almost from the start. 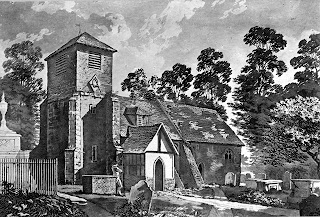 1820-30 – The new church built by Gwilt suffered from continuous structural and repair problems.

1837 – After years of anxiety, the Vestry Committee agreed reluctantly that the Gwilt church needed to be replaced.  New land was bought from Thomas Brandram for an advantageous sum. He had been churchwarden when Joseph Gwilt was appointed (he possibly felt a degree of responsibility). The new architect  John Brown of Norwich was appointed and between 1839 and 1841, today’s St Margaret’s was constructed.

1841 – Consecrated by the Bishop of Rochester.

1873 – Rector Frederick Law and wife Lady Adelaide, daughter of the 3rd Marquis of Londonderry, both influenced by the Oxford Movement, Pugin and the subsequent Gothic Revivalism. To them both we owe the reordering, the scale and the quality of the decoration. Lady Adelaide inherited a lot of money when her father died, and they were able to attract craftsmen of national and international reputation to add their bit to the overall design which was by James Brooks.

NB Cricketer’s Window in memory of Canon Frank Gillingham (in the baptistry,  you need to open the door to see it properly)

1940 A bomb fell at junction of Brandram Road and Belmont Hill blowing out the Clayton & Bell windows at the west of the Church and destabilising the belfry and spire.

1952 Windows - The surviving Victorian windows in the north wall were moved to the south side and new north windows were designed and installed by the studios of Archibald Keightley Nicholson in a style that allowed more light into the church. They tell the story of Christianity in Britain from its earliest beginnings both Roman (Augustine) and Celtic (Columba).