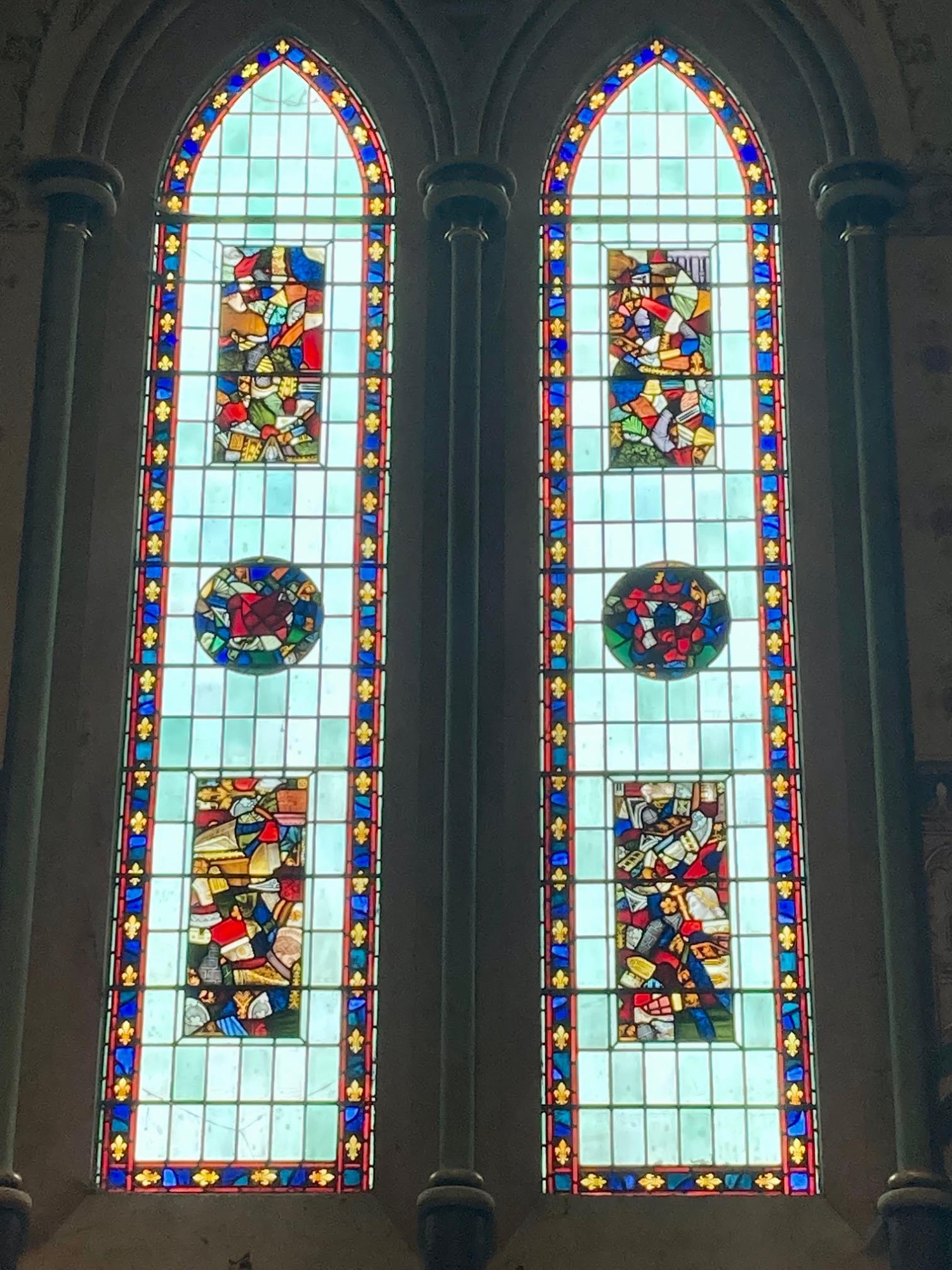 Above the north west door is a reminder of the Second World War where fragments of broken glass have been retained.

The modern windows (1953 to 1955) in the north wall replace those lost in the Blitz and show eight outstanding figures in the life of the church in England.

See below for more detail.

The wall paintings in the church, along with the stencilling, were also provided by Clayton and Bell who supplied the majority of the windows. With one exception, the paintings are marouflage, a technique whereby, before being fixed to the wall, the work is first painted on canvas mounted on a fixed frame and backed with a compound of lead and zinc.

On the north side the scenes represented are, from left to right:

Just before going under the organ loft, there is some fine marble arcading with interesting heraldic memorials.