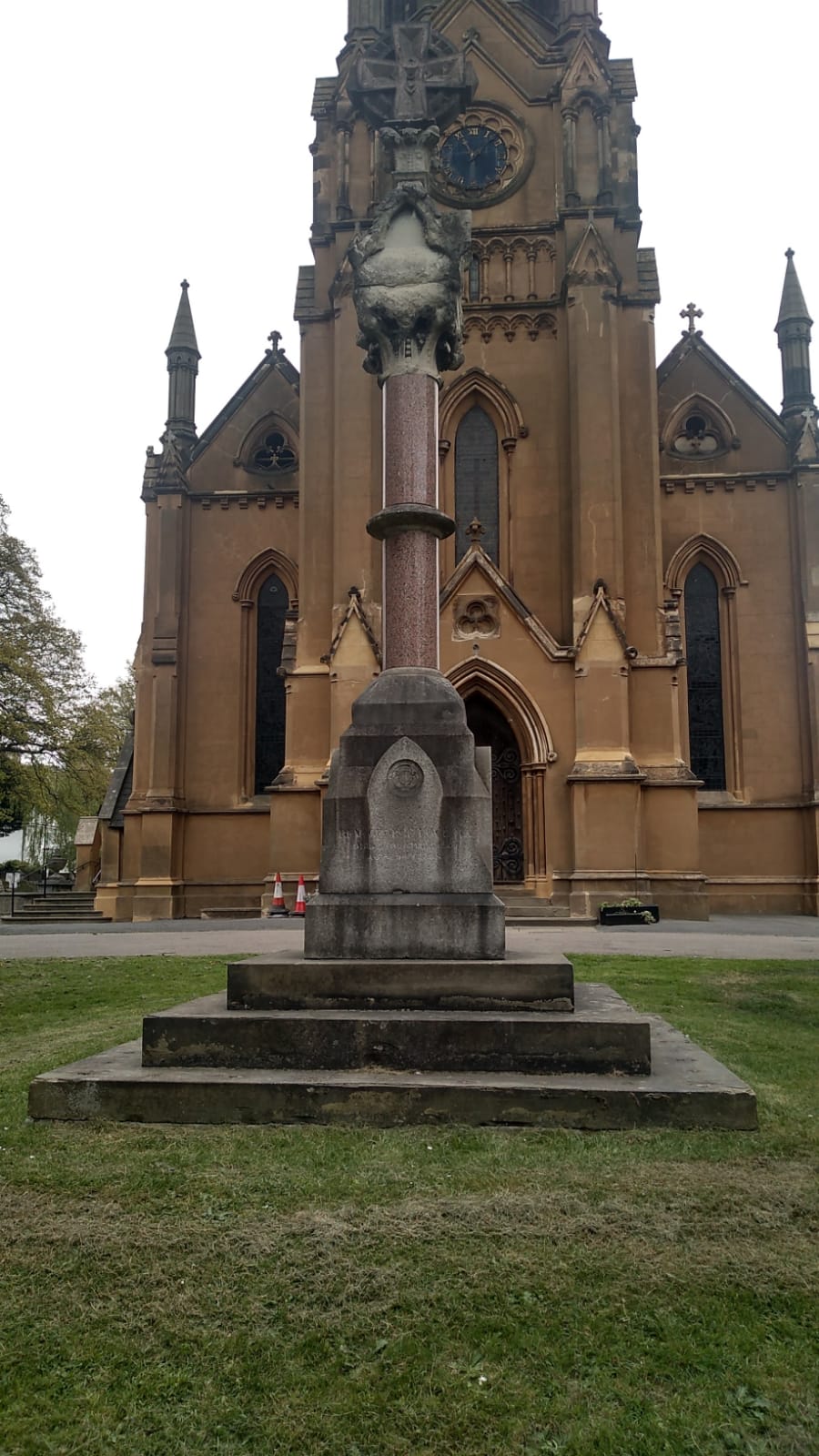 Amongst many fine Victorian chest tombs in the new churchyard are those of Thomas Brandram and William Webster, the contractor responsible for the building of the Thames Embankment. George Lock, who was Rector for 61 years and was rector when the church was built, is commemorated by a memorial on the lawn in front of the church. 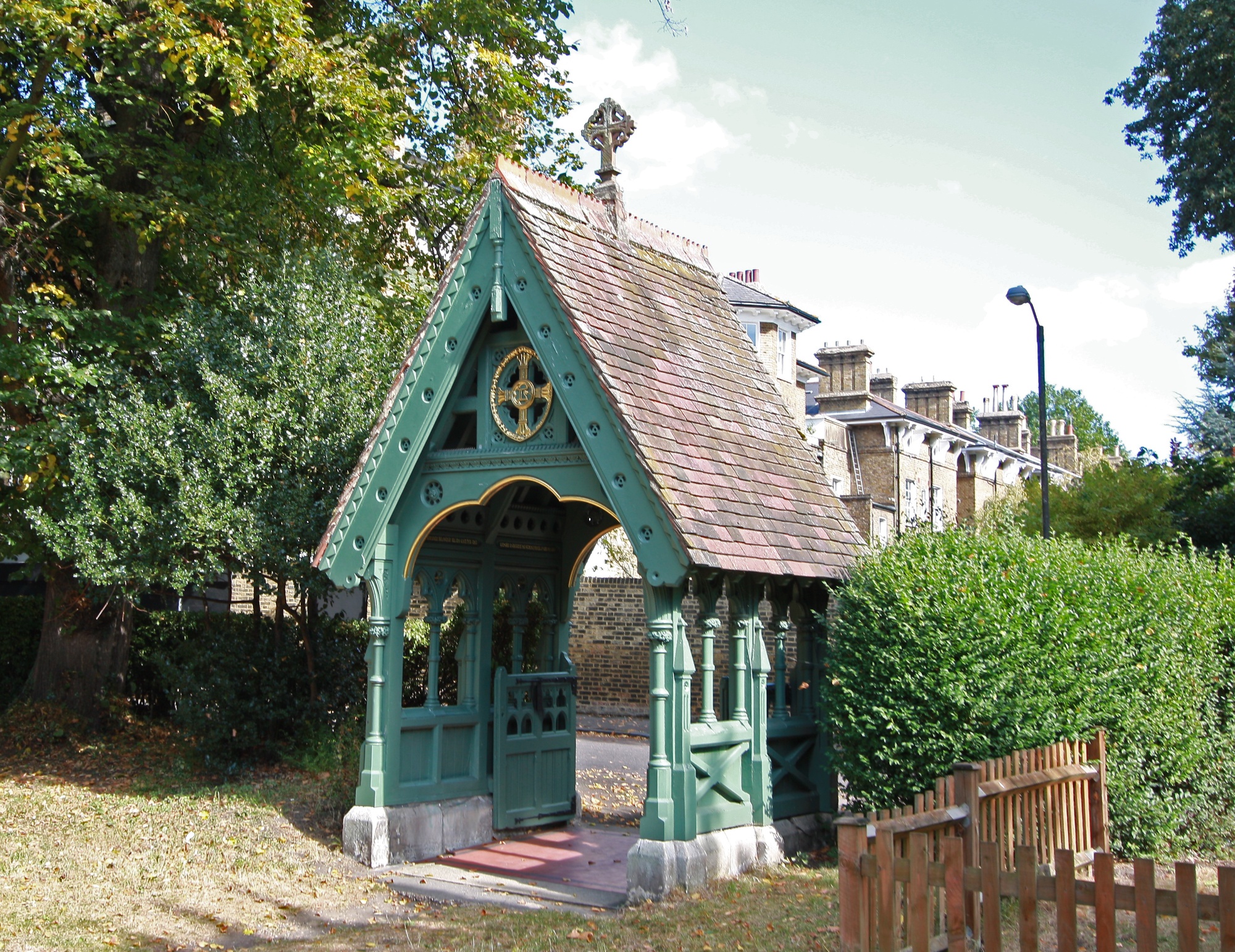 The restored Lych Gate, erected in memory of Lady Adelaide Law, the Rector's wife, originally stood at the main entrance to the churchyard an the corner of Brandram Road and Lee Terrace, but was moved to its present position in 1957 in the interests of road safety.

The church railings were removed and melted for scrap during the Second World War. This was an unfortunate necessity as Frederick Law, who was a great admirer of the medieval architecture of Bruges, used a cheque presented to him after 25 years as Rector to provide St. Margaret's with railings similar to those around Bruges Cathedral.

Hither Green Cemetery opened in 1873 and, though further interments in existing graves continued for some time, both churchyards are now closed and their upkeep has become the responsibility of the London Borough of Lewisham.