3. The Organ and North East Chapel 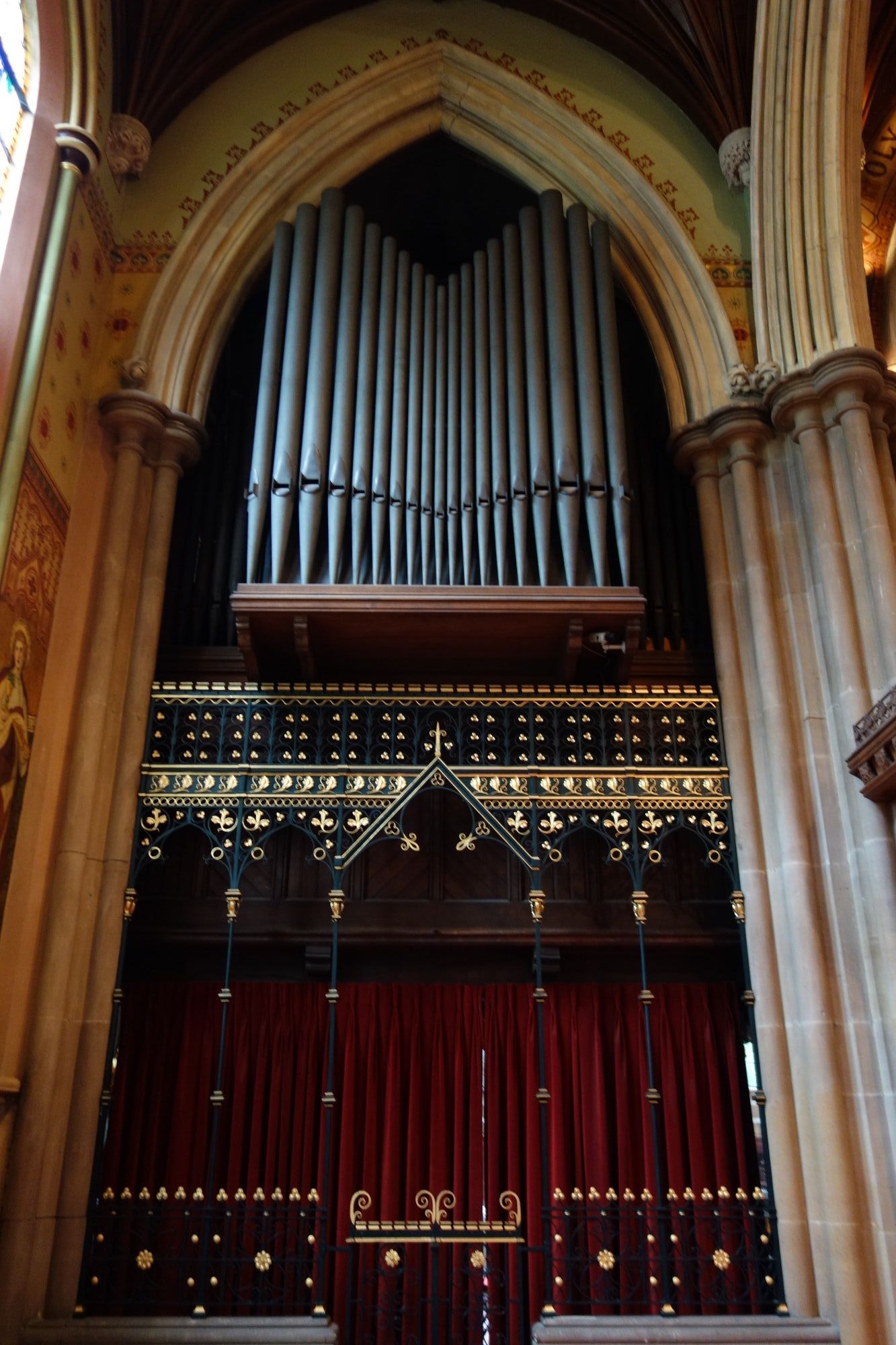 A small organ was provided when the church was first built in 1841 and this served until a much larger instrument was installed by Bishops of Norwich in 1850. Then in 1876 the organ was reconstructed and enlarged. All the original pipes were re-voiced and new bellows were provided. Further changes were made a few years later when  a pneumatic action replaced the old mechanical one and the wind was supplied by water power.

In 1927, Dr McPhearson, the organist of St Paul’s recommended that the entire organ be re-built along modern lines and an electric blower was installed. This work was carried out by Walker and Son of Durham and was completed in the following year. The organ then had 3 manuals and a pedal organ and was equipped with 33 individual speaking stops. Further overhauls and minor modifications were carried out in 1960 and 1979.

Memorials saved from the old church

Over the stairs to the crypt are two memorials from the old church. The top one is a small part of a much larger monument to Bryan Annesley who died in 1604 and his wife Awdrey who had predeceased him in 1591. It was the custom of the time to have small kneeling representations of the children placed around their parents’ tombs and, in this instance, just the kneeling figure of their son, with two of their three coats of arms, have survived. 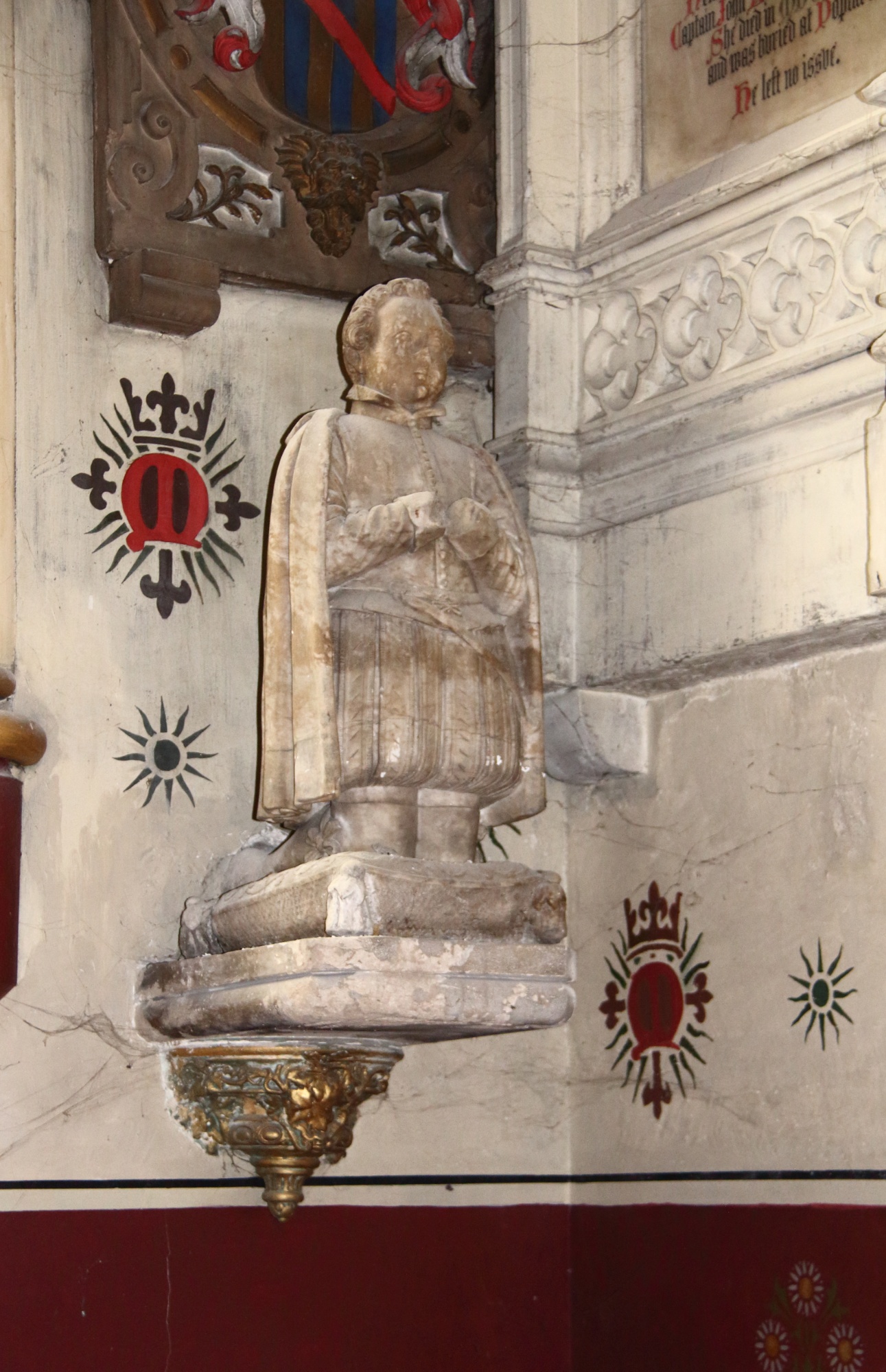 Beneath this memorial is a monumental brass to another member of the same family, Nicholas Annesley (1593). He was “Sergent of the Sellar” to Elizabeth I at Greenwich Palace and is depicted in armour, kneeling at a desk with a book open before him. 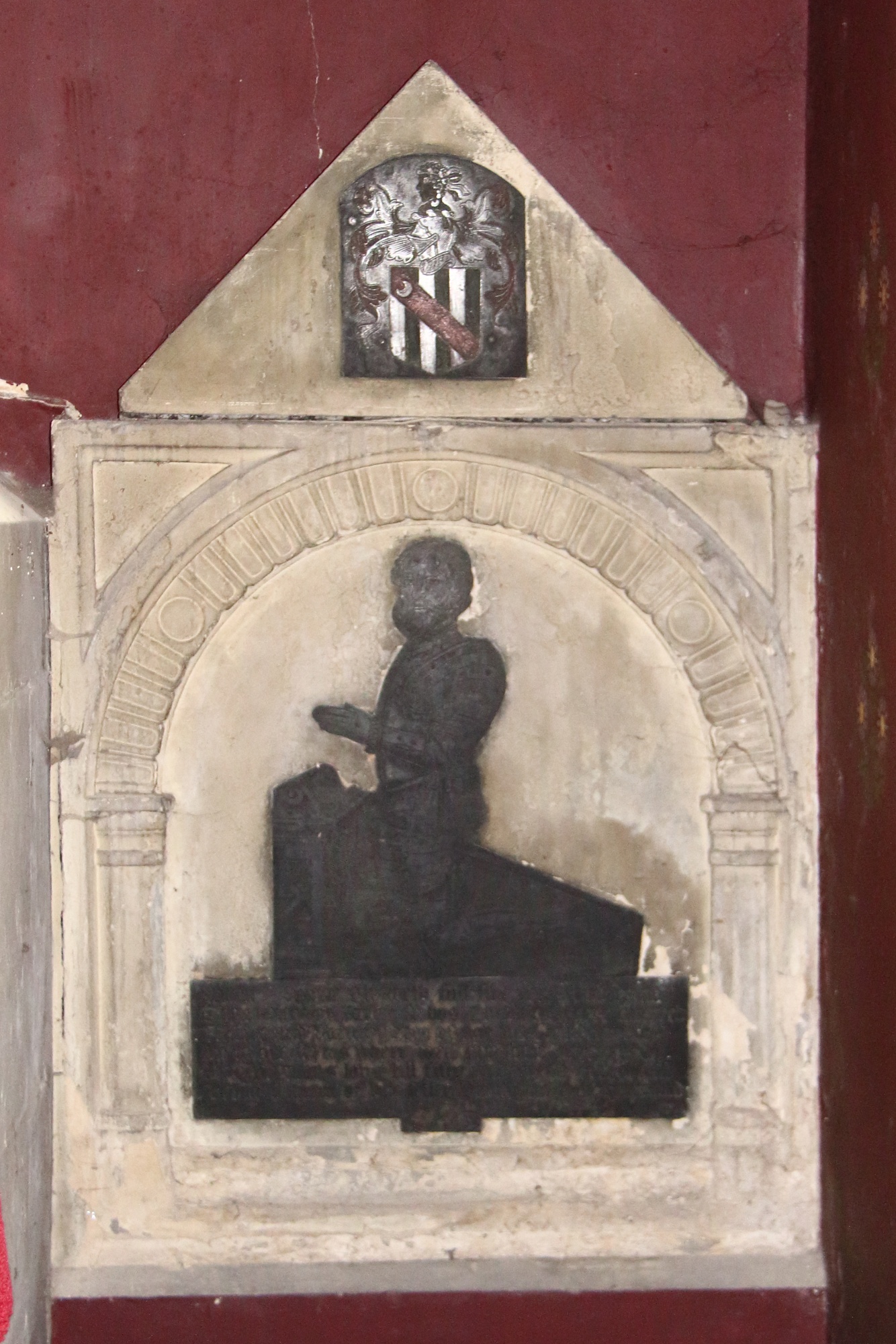 Three other brasses from the Old Church have also survived. The finest of these dating from 1552, is of Isabell Hatterclyf. On the reverse side of the lower plate which carries the inscription, is part of the Lion of St Mark, showing that the brass originally formed part of another monument and had been salvaged and reused. Two other small brasses have also survived. One commemorates Elizabeth Couhyll (1513) and the other Henricus Byrde (1545). There is also the life size modern brass of Frederick Law (Rector 1873-1900) holding a chalice. It is between the choir stalls. 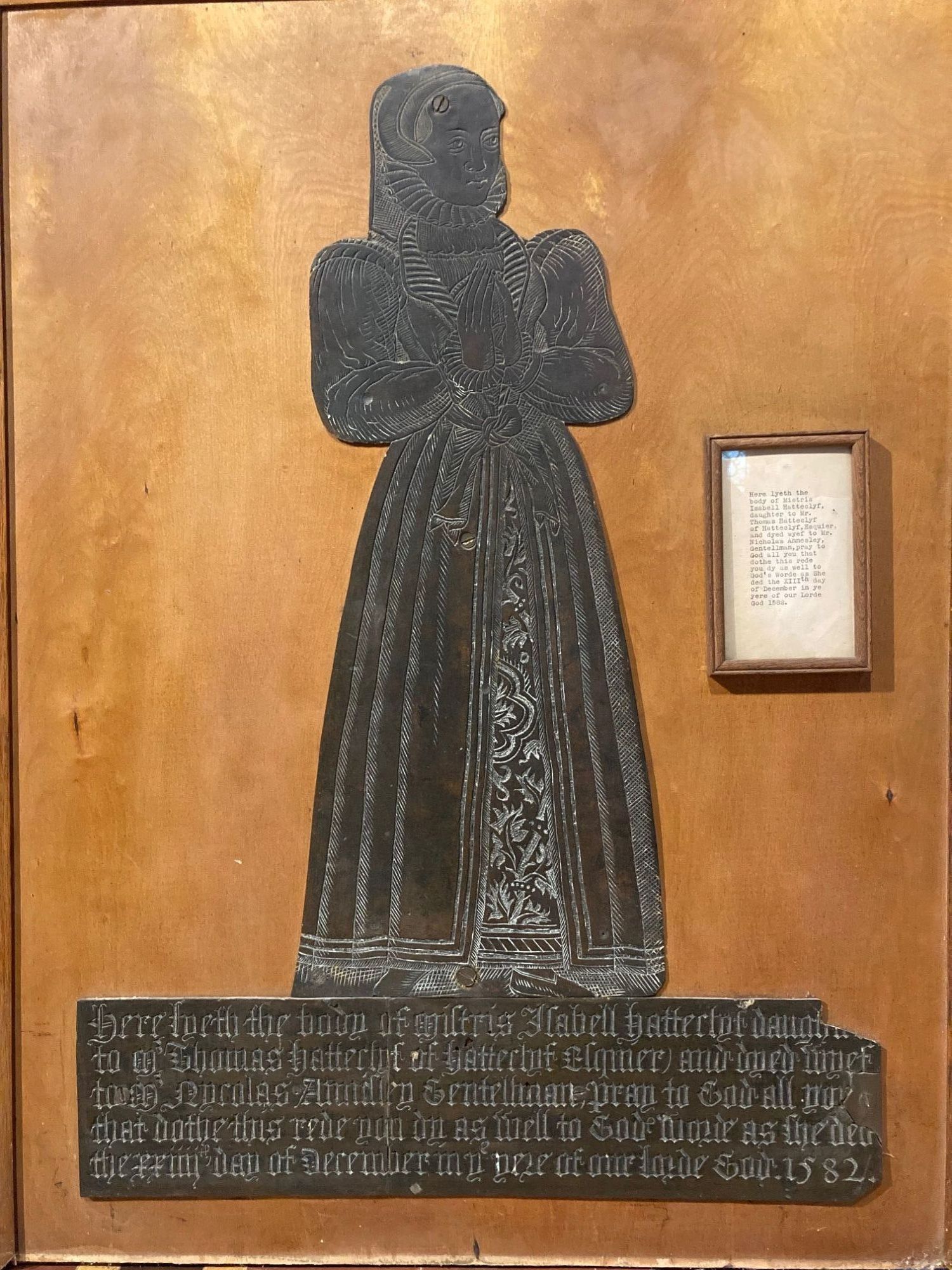 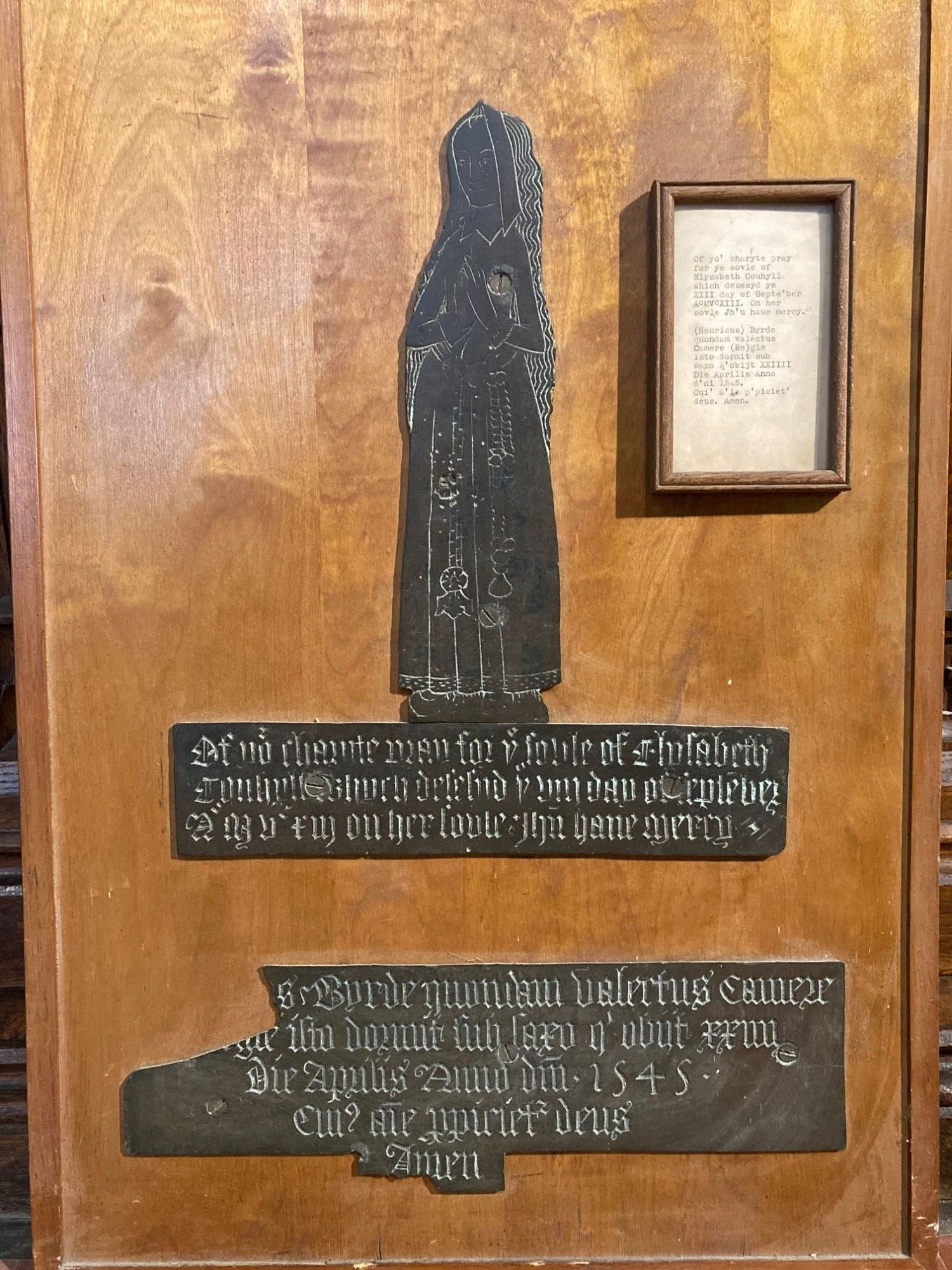 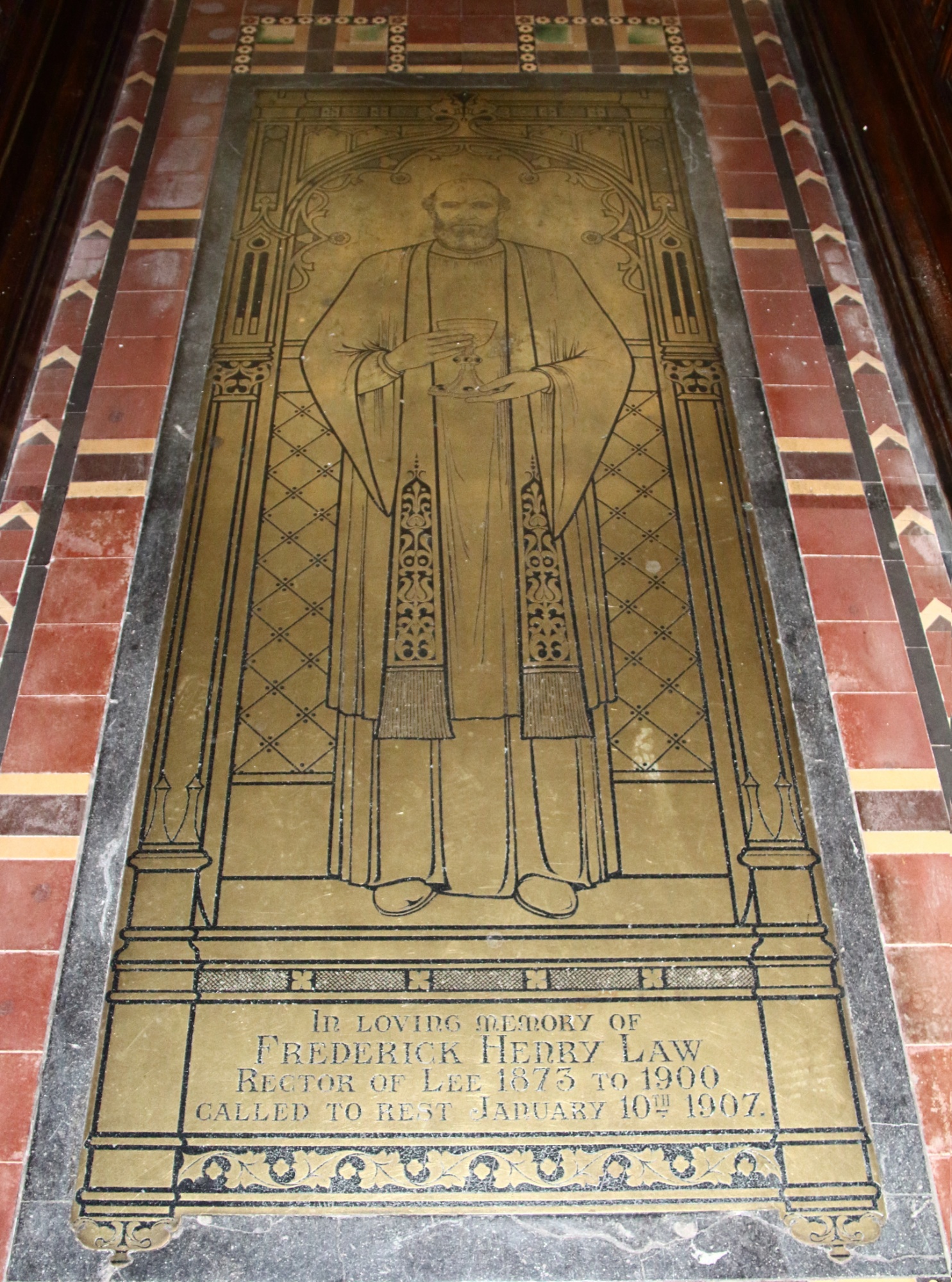